Ecstasic day and a lazy guy! Seems a boring combination? Absolutely not! Foodicted fellow is all set to discover a new eatery in the town. Pulled his socks and wore his trench coat, Aritro set out on a droolworthy food adventure! Setting the landmark as Bikanerwala, I entered the simple eatery of Superdonuts, with a hell lot of expectations. The ambiance seems funky with a lot of satirical foodie quotes and pictures.

I was given a wide options of delicacies to choose from their menu. I tossed my head (got some dandruffs as well hahaha…. ) and finally came to a great conclusion.

BEVERAGES: NOT TO FREAK OUT AHAA

I started with their Do-Not Freak Out shake as well as Birthday Bash. Now, these were the freak shakes for which Super Donuts is well-known. Fairly priced at 250 INR (plus taxes), this is enough for freaking out like hell hahaha…. “Do-Not FreakOut” consists of wafers, a candy and a scoop of ice-cream. The chocolate shake is loaded with brownies and a chocolate-layered doughnut to entice my tastebuds. Absolutely sinful! “Birthday bash” looks exactly the same, but in addition to the above mentioned items, they add berries and oreos. Blissful experience! Oh yeah! The best part! You can take the cans with you for a piece of memory by paying only 20 INR.

After loitering around the place and clicking weird selfies for some time, I got back to my pavilion. I ordered “Peri-Peri Fries” and Keema Nachos. As we all know, Peri-Peri Fries can never deceive our expectations regarding it, but the way they presented it, is something really commendable. “Keema Nachos” is something really, innovative. Loved every bit of it.
I ‘m not at all a fan of Nachos, but the chicken keema chunks added an essence of awesomeness on it. Hope you salivate seeing the pictures.

And here comes the show-stopper of the day. Guess what? New Yorker and Lamborghini owned the eatery, at that very moment. Now, before you jump to any conclusions, let me clear what these are. Hahaha… “New Yorker” is a black burger which has soft buns kissing the spiced chicken patty on its two sides, dipped in in-house sauce and topped with fries. Sounds interesting? Tastes yummmm as well. “Lamborghini” is the green burger which has matcha buns with a chicken patty inside it. Jammed with onion slices and crunchy lettuce leaves, it tastes extra delicious with its three cheese blend in it.

The American thick shakes ranged from “Billion dollar” (Constituents: Nutella, Ferrero Rocher and strawberries) to that of “Mojo Brown” (Loaded with brownies). Those were truly amazing. There are several super drinks as well. My personal picks would be Arctic blue and Fruit Punch. Do have a drink and let me know. I know, you’ll not like it at all……. instead you’ll fall in love with it. J

Its December, hence I’m the BAAP of all the hunger king and queens. Lol… I also had one of the most recommended wrap of Super Donuts, named as “Potato Crunch”. It is basically, a tortilla wrap, filled with crispy potatoes, crunchy veggies and the in-house sauce. As recommended by one of my foodie friend, I also tried the “Chicken Chipotle” superdog. The chicken frank pressed in the middle of the soft bun, dazzles when you squeeze Mexican salsa on it. I would also like to recommend “Penne PrimaVera Pasta” as well as, “Pesto Penne Alfredo Pasta”, which adds a pint of glam on your appetite.

Last but not the least

Last but not the least, I would also recommend you all to try their yummilicious doughnuts, for which Super Donuts is actually known, worldwide. “Cookie Dough Monster” is what I have tried there. The doughnut is layered with sweet chocolate and choco fudge cookies, with butter scotch crunchies. A dash of caramel gives it a new taste, sure to make anyone drool for it. You can also try their “Team Double” and “Black Forest” flavours as well. I’m sure you’ll keep visiting Super Donuts. J

Well guys! My experience in Super Donuts was absolutely delectable. How was yours? Lemme know via any of these below-mentioned platforms. Sayonara!

For guest posts, collaboration, shoot and reviews mail me at tojofriend@gmail.com

Proud to be an IndiBlogger 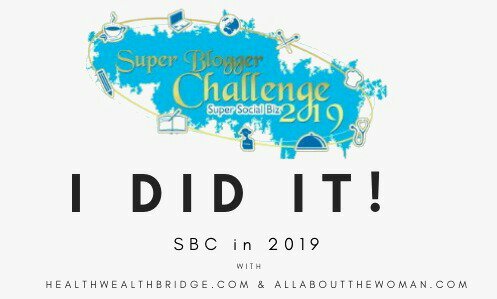